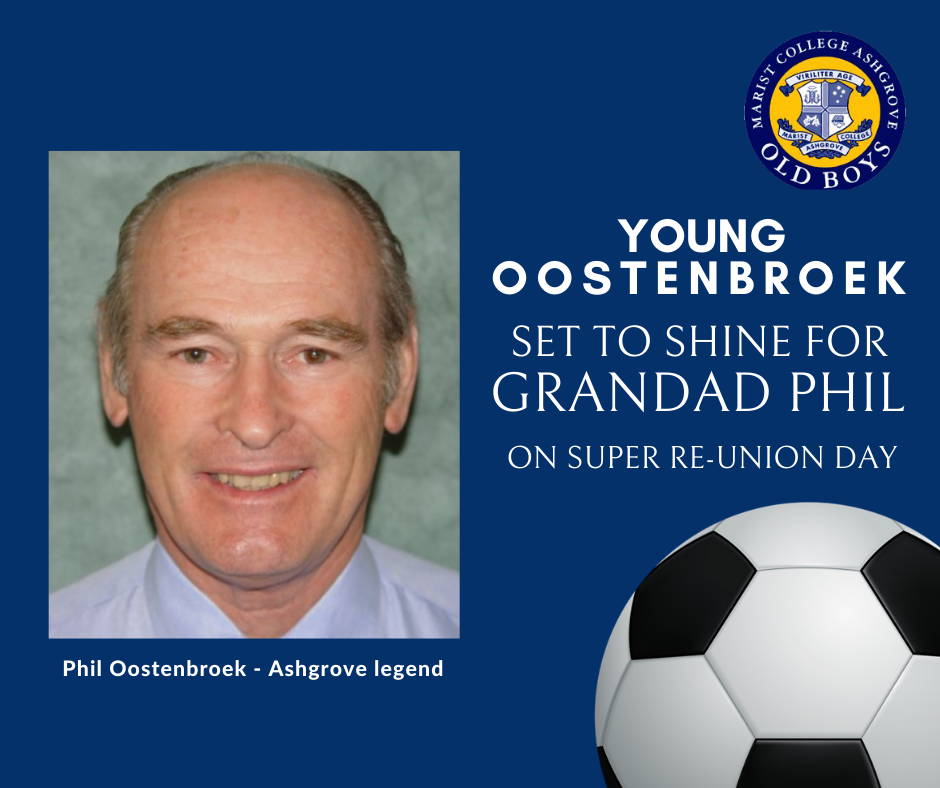 He may have retired in 2010 Old Boys but his legacy (and progeny) lives on. His dedication to the cause of soccer/football is the stuff of legend. He refereed every single game on no 4 Oval from 1988 until 2000 and would still be doing so if they hadn’t put up those tennis courts to stop him.

This Saturday, Ryan Oostenbroek, son of OB Tim, and grandson of our beloved Phil, heads out with the Ashgrove First XI who retain the chance of an outright premiership. On Old Boys Super Reunion Day no less. A win, and only a win, can bring the title to Ashgrove.

The Old Boys send their very best of luck to young Oosty and to the lads in the First XI. Make the old fella proud. A 1.30 pm kick off on no 2 (Derek Cameron Oval).