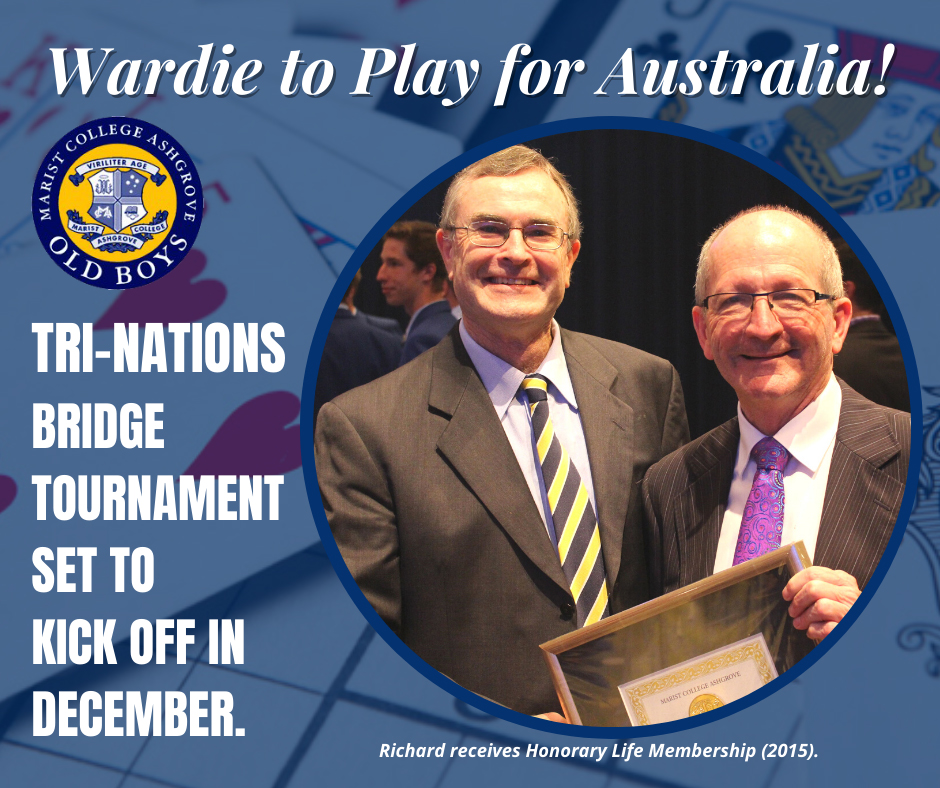 Old Boys, one of our most esteemed Honorary Life Members, Richard Ward, is to don the green and gold and run out for Australia in the upcoming tri-nations bridge tournament against Indonesia and New Zealand.

Wardie will be partnered at the table for Australia by Therese Tully – that’s right – one of the massive Tully clan the Ashgrove boarding house is built on.

We are presently just waiting to hear if Mr Ward would like ’The Swarm’ to pay a visit to the tournament to intimidate those Kiwis – who often employ unnecessarily aggressive bidding tactics. Nothing ‘The Swarm’ can’t fix.

Congratulations from all Old Boys, Mr Ward. Just a huge achievement in one of the biggest participation sports in the world!