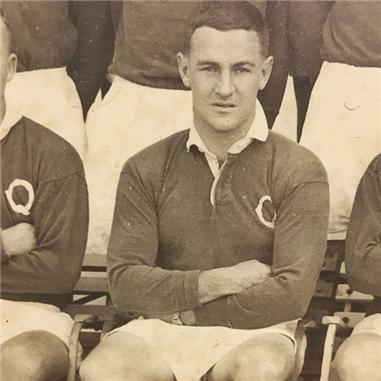 Despite all the accolades, the professional and humanitarian achievements, the captaining of the Wallabies and being the legendary manager of the victorious 1984 Grand Slam and 1986 Bledisloe Cup tours, Dr Charles “Chilla” Wilson was first and foremost an Ashgrove man. One of the Foundation students in March 1940 with his brother Fergus, they also spent the happiest of days at the Eagle Heights campus during the War years.

Born in 1931 and growing up within site of the Tower, Chilla died peacefully last Friday. His service will be held at the Great Hall at BGS at 11 a.m. on Thursday 8th September 2016.

One of three Old Boys to have captained the Wallabies, Chilla’s love and support of the College remained until the end. He cherished Ashgrove and everything it stood for.

When reading the following quote from Mark Ella, Old Boys will easily recognise the essence of Ashgrove in the man:

He was quiet, unobtrusive and didn’t make a lot of noise. In fact, you wouldn’t know Chilla was the manager until the time came for somebody to get up and say the right thing. The biggest thing Chilla had in his favour was that everybody loved him. We gave him a hard time, but nobody wanted to be the one that let him down. He was the perfect player’s manager.

The entire Ashgrove community has Chilla and his family in our thoughts.