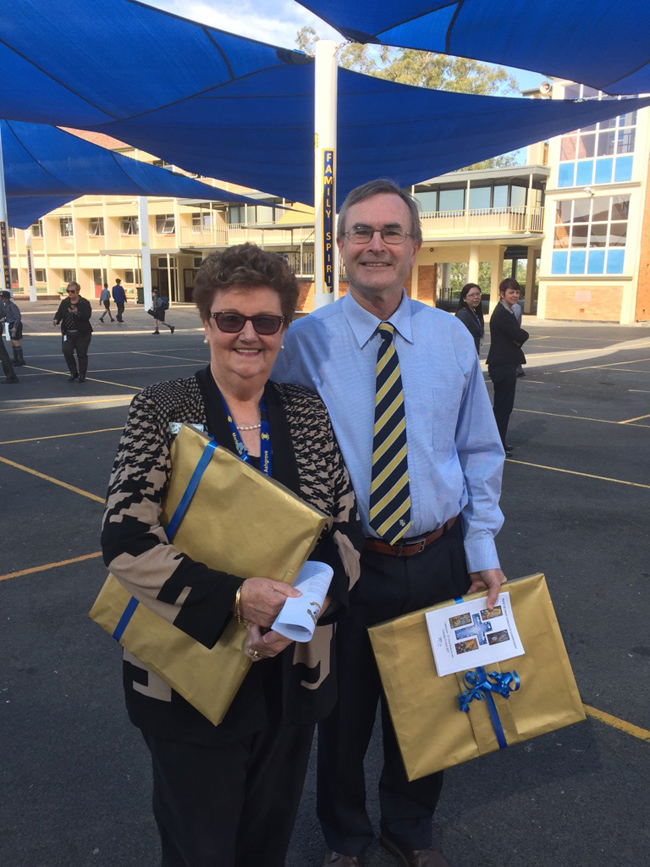 The most prestigious honour the College can bestow is the annual Champagnat Award – presented each year on Champagnat Day, 6th June, to those who have provided outstanding service in the Marist tradition.

There are only ever three awarded annually – one to a student, one to a staff member and one to a parent/member of the College community.

The Old Boys have yet again featured heavily this year. Two of the recipients are the soon retiring Mrs Kay Wells, one of only two honorary female life members of the OBA and, of course, our own living legend, the boarders’ choice of dentist and Past President,  John O’Hare.

Apparently, young John, a humble man who totally shuns publicity, had to be tricked into appearing at the presentation. John was told he was attending on behalf of the OBA to present Kay with her award. And then finds himself getting the equivalent of a knighthood in front of 2000 people ! Probably the next week or so is not such a good time to get the teeth worked on punters given all those tears of joy may impair John’s vision.

Of course, even the student winner, the inspirational Jacob O’Brien (12 Slattery) can look forward to the fact that by this time next year he also will be an Old Boy.

Congratulations from the OBA to each of the recipients – thoroughly deserved. Virilter Age!