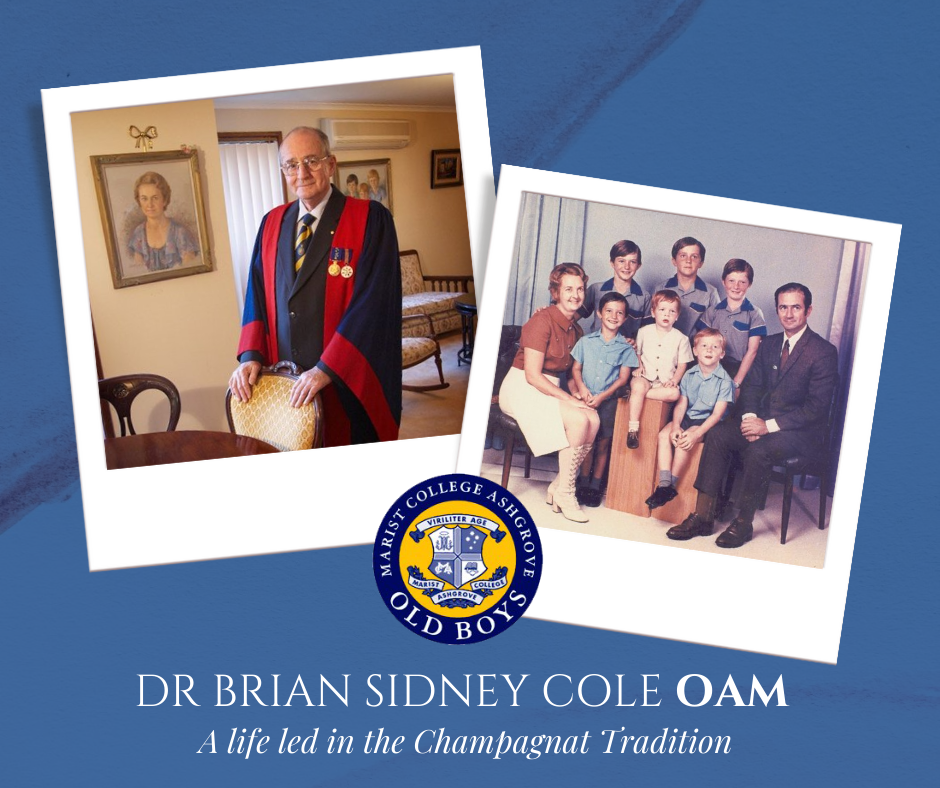 It is with the greatest of sadness that the Old Boys Association announces the passing of our beloved Dr Brian Cole OAM.

Brian’s selfless contributions to the College and the broader community were endless but included frequent attendances out of hours with the boarders and the Marist Brothers to look after their health. Brian and his beautiful wife, Therese (RIP), were made Marist Affiliates in 1979 and Brian was made an Affiliate of the International Marists in 2008.

The Old Boys Association passes on our condolences to the extended Cole family. A life led in the Champagnat tradition.

A private graveside service will be held this Friday, 15th October 2021 at 10.30 am which will be live streamed on www.kmsmith.com.au