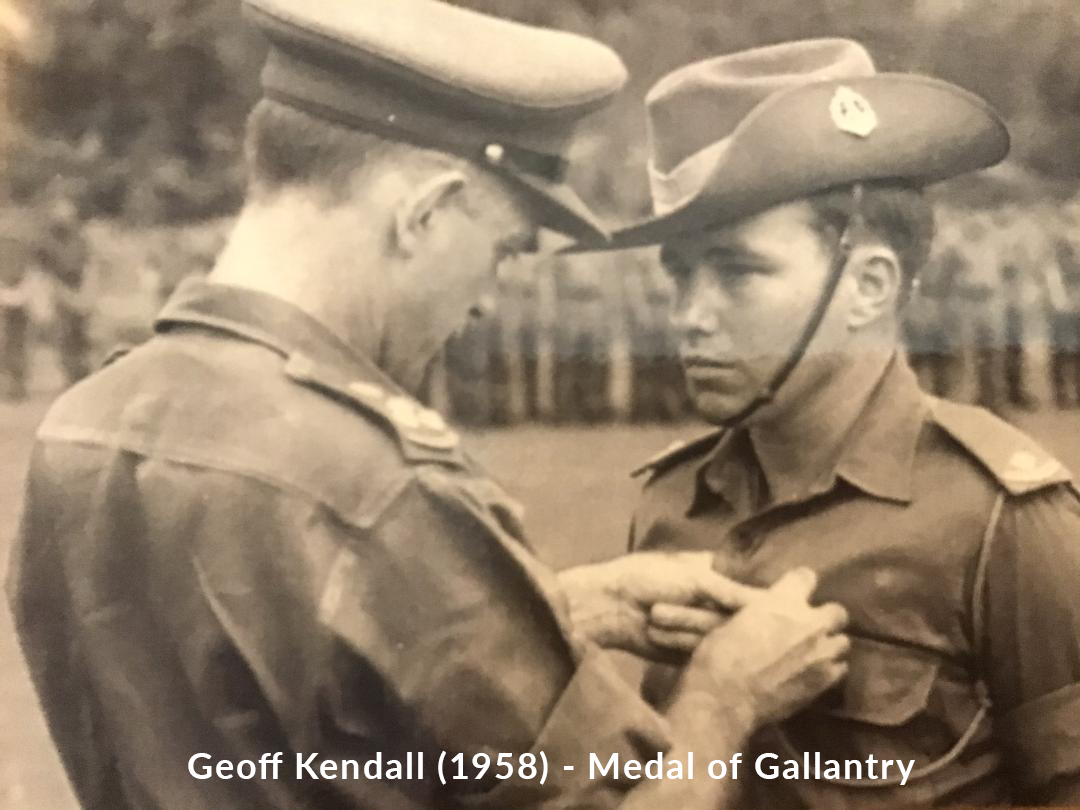 Ashgrove and Rosalie Old Boys share a magnificent commitment to the service of our nation. We particularly remember the 15 Sons of Marist who made the ultimate sacrifice.

That commitment is reflected in the service by three generations of the Kendall family.

Geoff (1958) was the platoon commander of 10 Platoon D Company 6 RAR at the battle of Long Tan and was awarded the Medal of Gallantry. Geoff retired as a Major. Geoff’s son, Steve (1985), graduated from RMC Duntroon to the Royal Australian Artillery, served 12 years and left as a Captain. Both men were proudly followed by Steve’s son, Carter (2016), who is currently serving with 4 Regiment RAA in Townsville in a Joint Fires Team.

This ANZAC Day we give thanks for the sacrifice and dedication of all our Old Boys who have served and continue to do so.