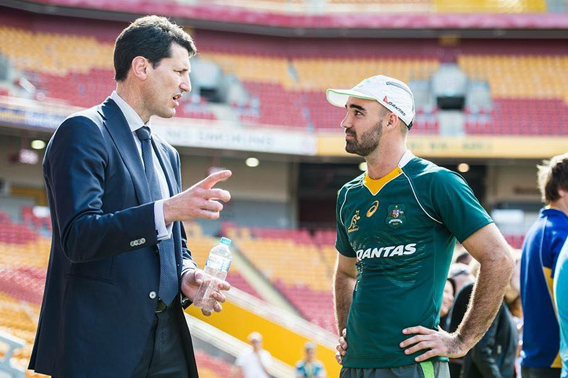 On Saturday, Nick came off the bench, if only for a few minutes, for his first Wallaby cap against Six Nations Grand Slam Champions England. Just a few short minutes to start – but the first of many more to come.

Nick becomes Ashgrove’s 22nd Wallaby. Like all Ashgrove Wallabies, ‘Pickle’ is the product of a rugby nursery in the true sense — born and bred on the Flats and who had to earn his spot in every Ashgrove team he played. He carries with him a tradition that can’t be imported, sponsored or purchased.

The Old Boys Association congratulates Nick and his family, and the coaches who played such an important role in his development. We look forward to the years ahead.