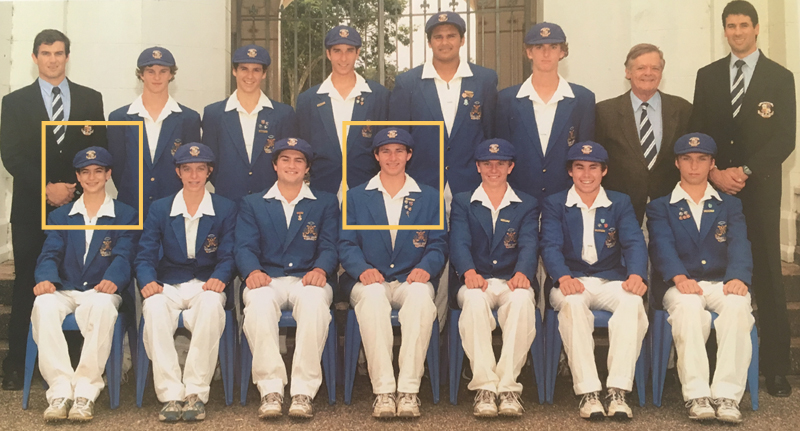 The debate will never end as to the finest team, and the best cricketers, Ashgrove has ever put on the park.

Achieving an actual UNDEFEATED premiership in the TAS/AIC Cricket comp was always far more difficult than any other sport because of great unknowns such as inclement weather, freak one off performances by an opposition bowler/batsmen and slightly different rule interpretations south of the River.

But Matho’s magnificent undefeated 2009 First XI now have an achievement like no other. When the young grade 10 prodigy, Lachie Thompson (2011), ran all over the place at the direction of Captain Jamie McPherson (2009), no one could have foreseen events some 9 years later.
Both OBs are natural leaders. And this weekend and next, Macca will captain Norths and Lachie Sandgate-Redcliffe in the Brisbane First Grade Grand Final. Great stuff.

And it goes without saying that the Cricket World can rest easy on the sportsmanship front. The standards taught at Ashgrove remain for life.