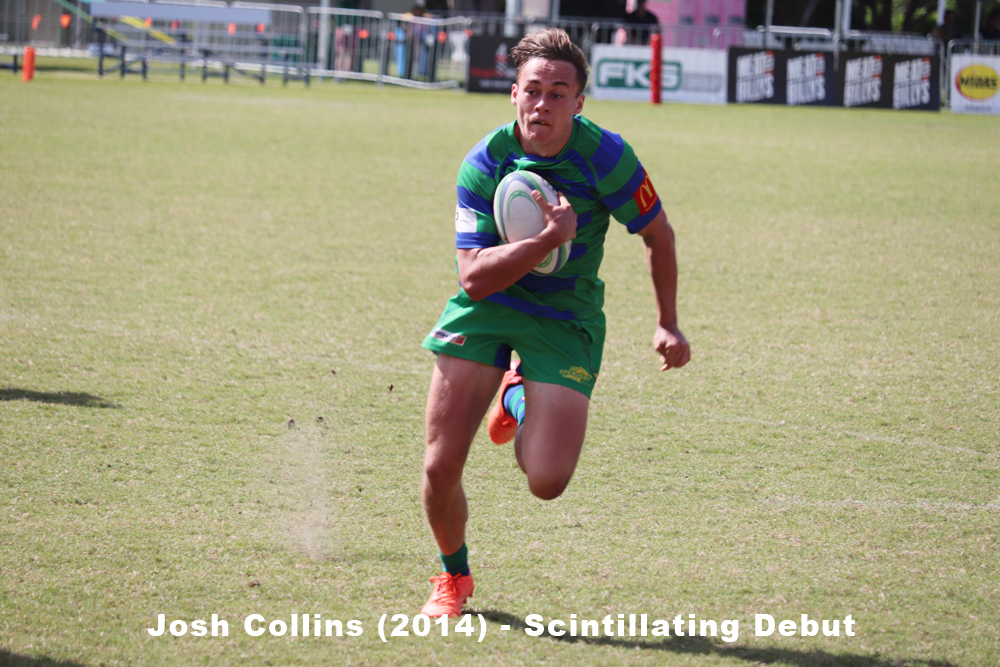 Probably to be expected Old boys. Like Ali v Frazier – there will always be the rematch of true champions.

The Hospital Cup grand final is on this Sunday with a repeat of last year‘s battle featuring Mick Heenan’s Red Heavies and Anthony MathIson’s GPS Gallopers.

Defending champions, Uni, have had the wood on Jeeps this year but Matho certainly had all pistons firing in the thrashing of Easts at the weekend. It was nothing but sheer coaching genius to bring in yet another gifted 2014 Ashgrove OB, the unassuming Josh Collins, as a first time starter on the left wing – and not long up from third grade. Young Josh brought back memories of his gifted Old Man, Dancing Johnnie Collins, who used to dazzle on the left wing for Uni (ironically) all those years ago. Like Dad, young Josh literally left his opposite number grasping for air in a scintillating debut try. ‘Pure speed’ as the experts like to say. Keep a very close watch out wide this weekend Heeno.

Michael Richards (2010) will lead Jeeps in the quest for their first top level premiership in 22 years. Best wishes to all our Old Boys in all grades across the weekend. Kickoff of the main game is 3 p.m Sunday at Ballymore