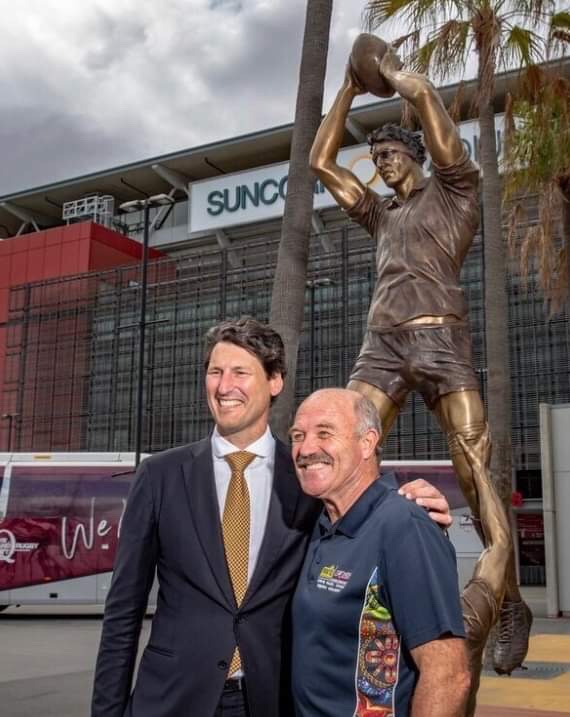 FIRST RUGBY GREAT IMMORTALISED AT LANG PARK IS AN ASHGROVIAN.

Old Boys have always pondered why there was no statue at the far more prestigious River End of the world famous Lang Park.  The other end was scattered with growing numbers of Rugby League greats. Were they waiting for the right person ?

In an historic choice, the first statue at the River End is that of OB and former Wallaby captain, John Eales. Unveiled today. In attendance was Emperor Wally himself – there to pay tribute to the great man.