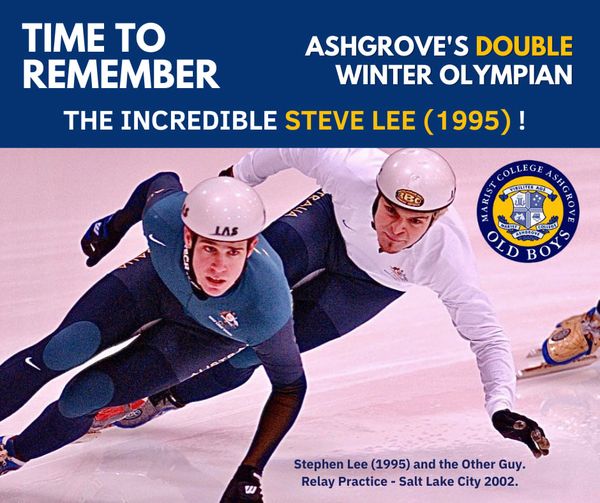 The Marist Brothers never saw fit to install a speed skating track at Ashgrove. But they still demanded the pursuit of excellence.

So, over the years, OB Stephen Lee (1995) trudged relentlessly out to the rink at Acacia Ridge. And, from those very humblest of beginnings, twice represented Australia at the Olympics.

Steve was there at Salt Lake City in 2002 for the 5000-metre relay (teamed up with some guy named Bradbury) and then backed it up 4 years later for the same event in Turin. Sixth on both occasions – pretty impressive stuff given the boys were competing at the absolute elite level. In between Olympics, Steve competed in the 1500 metres at the 2005 World Championships in Beijing.

So, as Beijing 2022 draws to a close, the Ashgrove Community takes the time to recall the accomplishments of our own S. Lee. In the pantheon of Ashgrovian sporting greats, he stands alone as our only Winter Olympian.