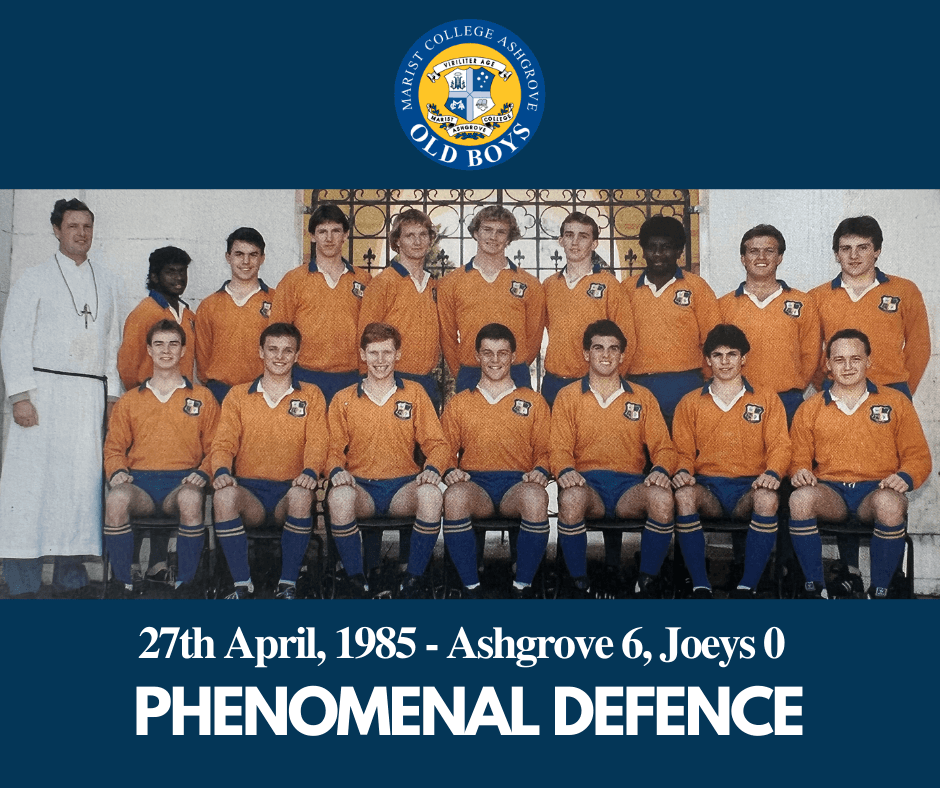 In 1985, Ash knew they had a real chance when Joeys drove up Moola Road with Brother McMahon, Brother Gray, Brother Bede, Brother Timmermans, Brother Bond, Brother Burrows, Brother Todd, Brother Veness (Coach), Brother Wilfred, Brother Procajlo, Brother Gilbertus and the mercurial Ron Johnson up the front of the bus. Was there any room for any of the players ?

When Darren Butler sensationally scored in the first ten minutes and Tony Daple converted, no one knew the next 60 minutes would be scoreless. Joeys were ferocious in attack. But a defensive game for the ages from O’Brien, O’Reilly and Billing in the back row and Seeto and Daple in the centres stopped Joeys time and again. And up front, the big 4, Freier, Child, Midgeley and, of course, Captain Klar were just relentless.

And so good luck to our boys on Saturday as they invoke the spirit of ’85. The Livestream link and kickoff will go up when available.