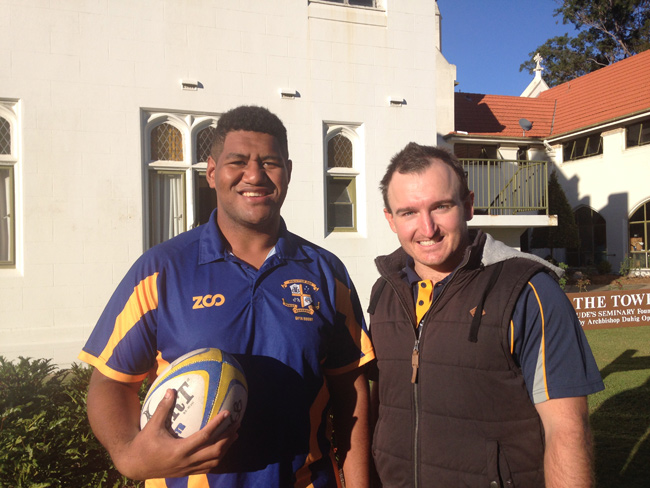 This Saturday, the last home game of the season and the Old Boys Sports Day, sees Ashgrove line up for (fingers crossed) the last two steps on the road to the first UNDEFEATED First XV Premiership since that magnificent 2007 try scoring machine. They were simply magnificent to watch. Credit always to our superb 2009 and 2011 Co Premiers and, never forgotten, that courageous 2012 side who had an undefeated season snatched away in the last seconds by an amazingly talented St Peters. The good grace of the 2012 side stands testament always to the very ethos of Ashgrove. A premiership can only be earnt – never bought.

But 10 years is a long time at Ashgrove and there is something very special about a First XV UNDEFEATED premiership. In the true Ashgrove spirit, 2007 Captain Michael Lynagh took the time to catch up with a very nervous Emosi Tuqiri who will proudly lead the College in its last two brutal games against a determined St Edmonds (at home this weekend) and then Villanova (at some place called Tingalpa)

The OBA passes on its best wishes to the 2017 side and invites all Old Boys to come along at 2.15 for the special presentation followed by the Big Match. Viriliter Age!