He went to a foreign land seeking fame and fortune. He had to leave behind Pickle, his old mate and the other international from that star studded 2009 First XV.

He has done it tough – playing for four (4) years in sludge in a country where no one speaks English, lunch consists of haggis and black pudding, and the only time the winger sees the ball is when putting it back in the kit bag after training.

But Ashgrove is all about the never ending pursuit of excellence. Meeno and Byrnsie taught him that. In a just reward, OB Ben Toolis (2009) has now joined Rohan Hoffman (Portugal) and Des Connor (All Blacks) as the only Old Boys to start in a full Rugby International for a nation other than Australia. Last weekend, Ben was the unofficial man of the match in Scotland’s demolition of Italy in Singapore. But there is more to prove. Old Boys will be watching eagerly this Saturday afternoon as Ben, for the first time, brings to Australia at international level his considerable skills to take on the Wallabies at Allianz Stadium in Sydney.

How is he coping with it all ? In a bit of the old Toolis razzle dazzle, Ben recently told the British press – “I am clearly acclimatised to Scotland and Europe – I am definitely a Scot now.”

Obviously adept at keeping the coach happy. But fear not son – we all know that Ashgrove never leaves the boy. Your secret is safe with us.

The OBA wishes Ben a great match against the Wallabies and looks forward to seeing him both in the Six Nations next year and in Japan in 2019. 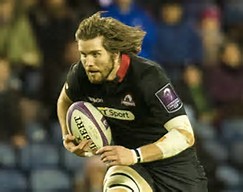