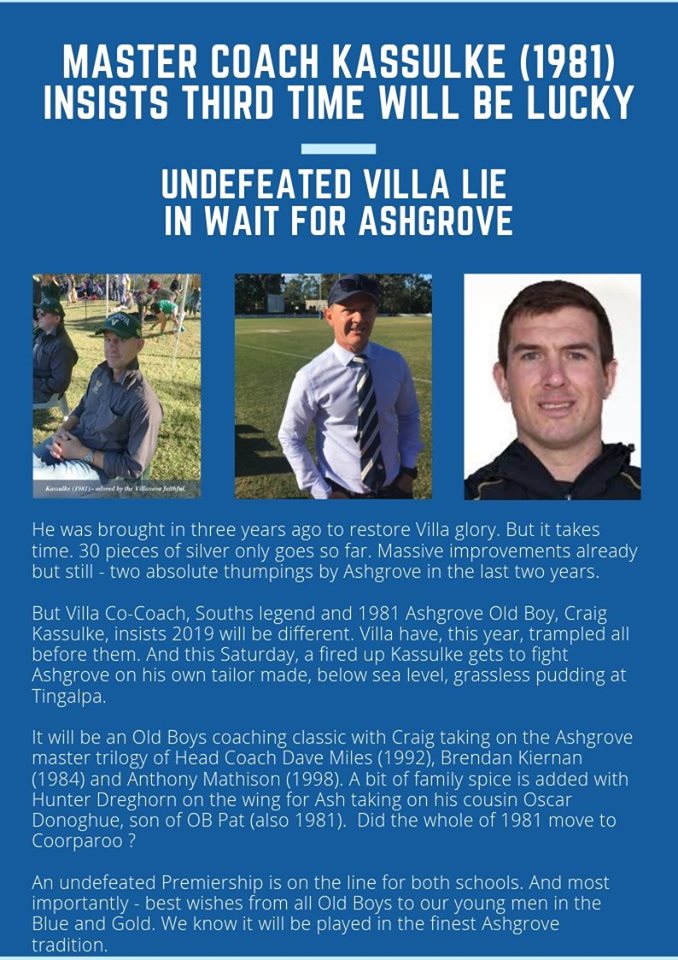 He was brought in three years ago to restore Villa glory. But it takes time. 30 pieces of silver only goes so far. Massive improvements already but still – two absolute thumpings by Ashgrove in the last two years.

But Villa Co-Coach, Souths legend and 1981 Ashgrove Old Boy, Craig Kassulke, insists 2019 will be different. Villa have, this year, trampled all before them. And this Saturday, a fired up Kassulke gets to fight Ashgrove on his own tailor made, below sea level, grassless pudding at Tingalpa.

It will be an Old Boys coaching classic with Craig taking on the Ashgrove master trilogy of Head Coach Dave Miles (1992), Brendan Kiernan (1984) and Anthony Mathison (1998). A bit of family spice is added with Hunter Dreghorn on the wing for Ash taking on his cousin Oscar Donoghue, son of OB Pat (also 1981).  Did the whole of 1981 move to Coorparoo ?

An undefeated Premiership is on the line for both schools. And most importantly – best wishes from all Old Boys to our young men in the Blue and Gold. We know it will be played in the finest Ashgrove tradition.