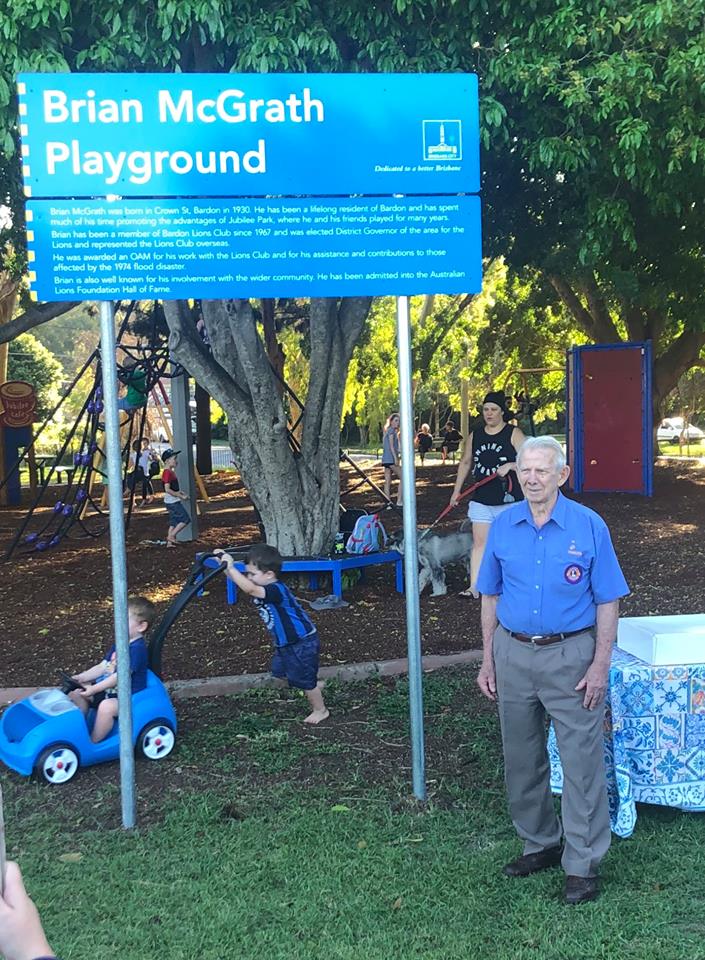 He walked in the shadow of the Tower on that very first day in 1940. 9 years old. And, shaped forever by the Marist Brothers, his has been a life of service. Never seeking the limelight, just being part of the community. A rock others had by their side when the 1974 floods devastated Ashgrove and surrounds. An OAM for actually doing something. Admitted as a member of the Lions Foundation Hall of Fame recognising the decades of service to others. And now, fittingly and symbolically, a playground in the very place where he and so many of his Ashgrove comrades played as children. Something that 9 year old boy could never have imagined. One of our great Ashgrovians. All Old Boys congratulate the wonderful Brian McGrath. Simplicity, Modesty, Humility. Viriliter Age .