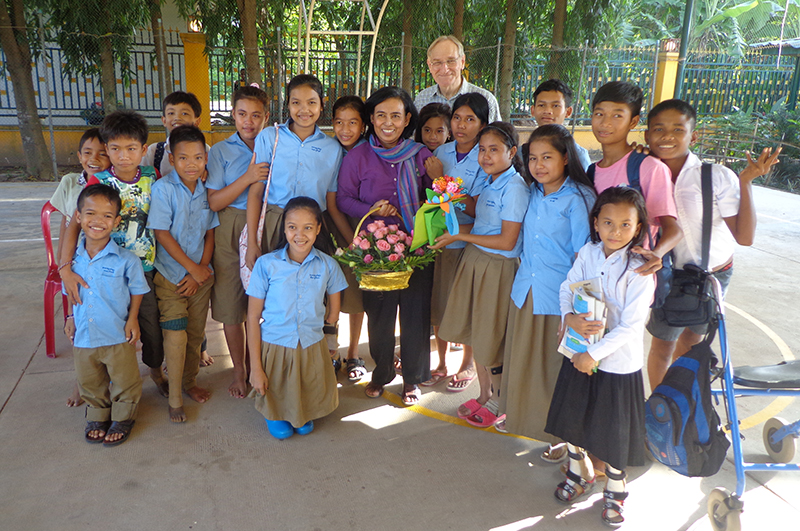 All Old Boys are invited to attend.

In memory of Br Terry, Old Boys are informed of a humorous story (which Terry would love). The children of La Valla (pictured) were granted the right by Br Terry to choose their very own uniform. After some consideration, they chose the brown bottom and the blue top. Why ? Because those are the colours Brother Terry frequently wore !! As children are want to do, in one stoke, they had identified not only the unique dress sense of the Marist Brothers, but their sheer dedication to, and love of, this great man.

May perpetual light shine upon him. Viriliter Age.