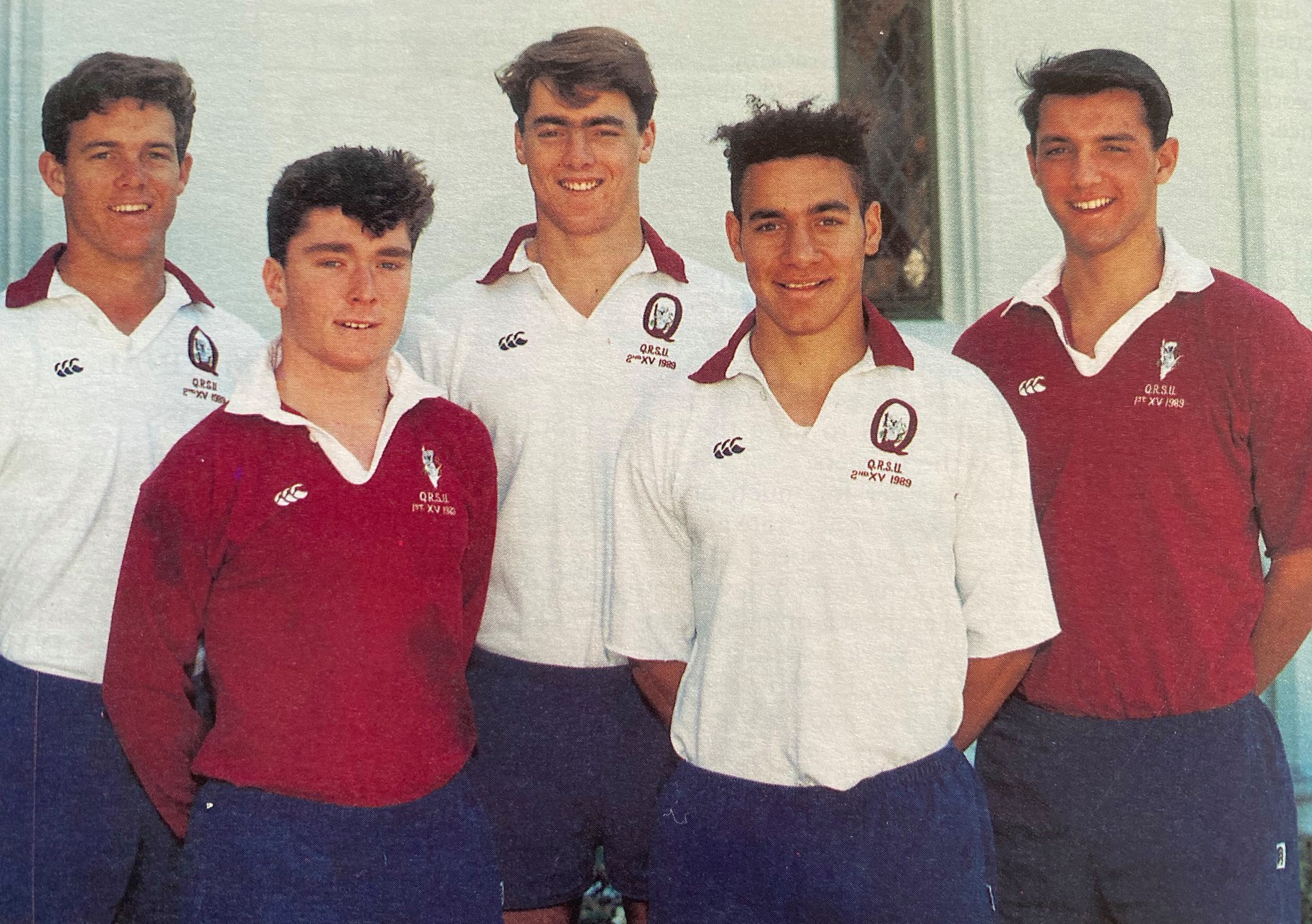 There has never been a season like it. Nor will there be again.

Back in 1989, ‘The Associated Schools’ (TAS) had semi-finals, a preliminary final and a GF. Ashgrove had lost to Laurie’s 8-3 in the regular season followed by another defeat 14-6 in the major semi-final. But a win over Iona in the preliminary final saw Ash return one more time to play that powerhouse Black and Gold machine in the Big Dance.

SLC confidently expected not only a 3-0 whitewash but, far more importantly, to impart abject humiliation on their hated rivals. Perhaps a foregone conclusion. But that was Devery (c) and Muttukumaru (vc) leading them out; and Hoffman, the man with the golden boot; with Dixon, Wells and Lethbridge up front, and a couple of unknowns in the centres called Graham and some year 11 kid, Herbert. And PNG’s Rosanowski, there to stand tall at the back one last time; and Fraser, as always, the key to the lineout.

Yep. When it was absolutely all on the line, this XV were all Ashgrove men – bred a special way.

And the rest, as they say, is history.