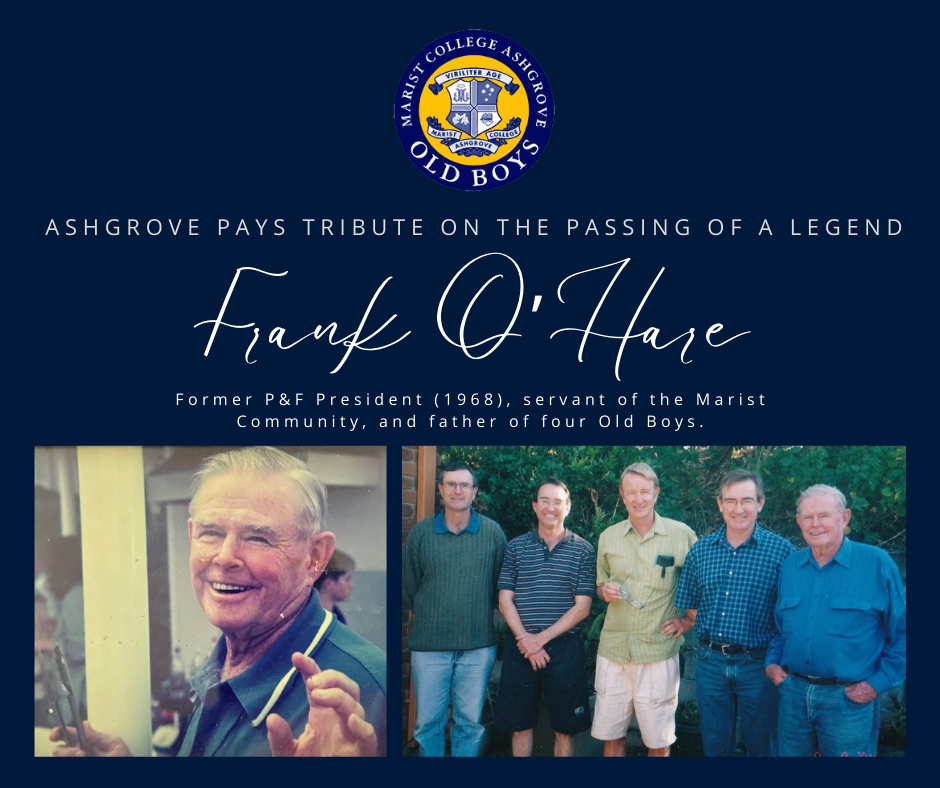 The Old Boys Association announces, with the greatest of sadness, the passing of the wonderful Frank O’Hare – former P&F President (1968), servant of the Marist Community and father of four Old Boys.

Frank commenced his dentistry practice in the heart of Ashgrove in 1953 and continued until his retirement in 1994. Second son, John (1972), joined Frank in the practice in 1980 and remains to this day. Frank’s deep love of the College, his kindness to so many and his incredible support of the Marist Brothers is simply beyond compare.

The entire Ashgrove community express our condolences to Frank’s beloved wife, Margaret and to Peter (1971), OBA Past President John (1972), Paul (1974), Tim (1980) and Stephanie and to their extended families.