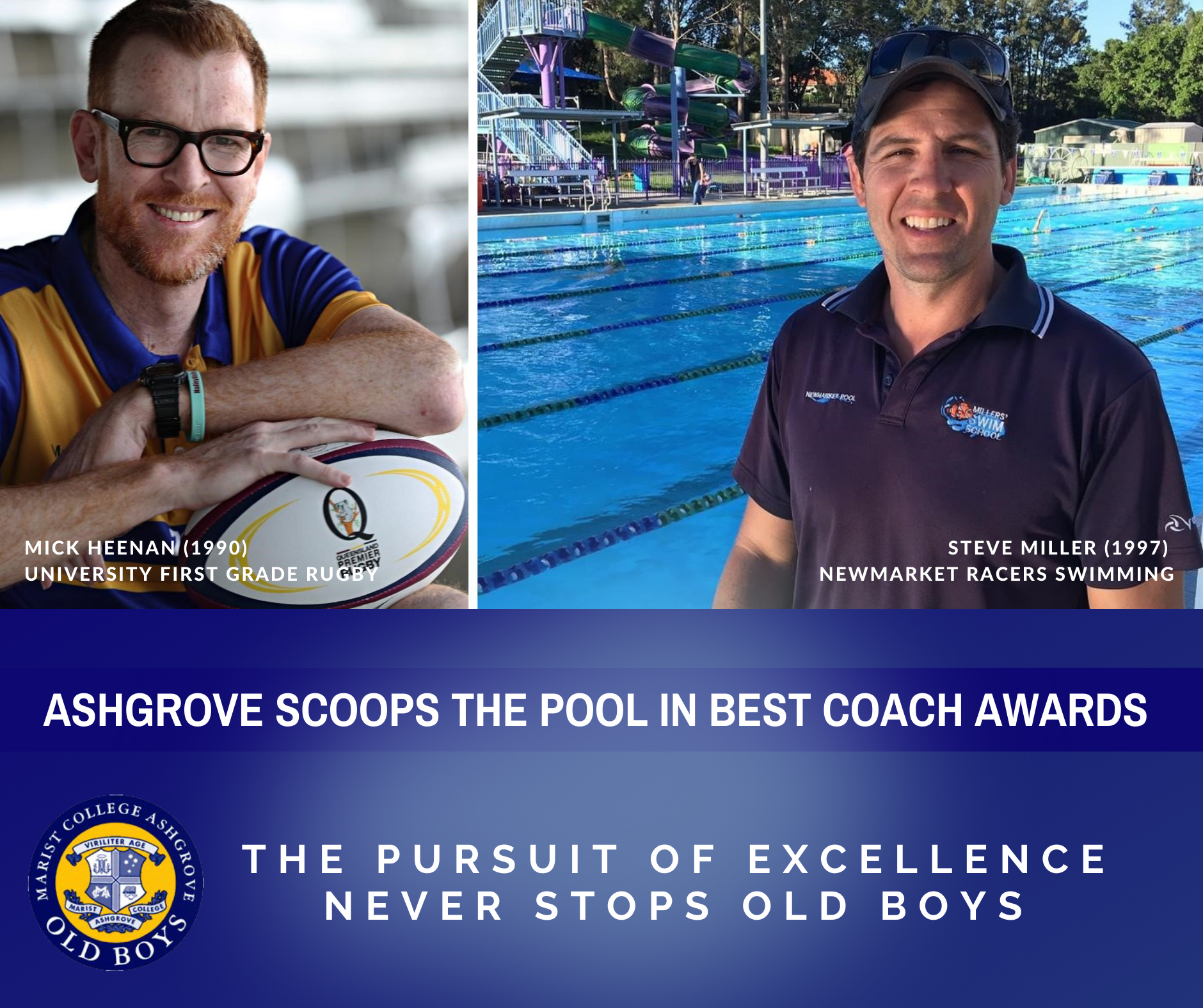 Congratulations go to our members, Steve Miller (1997) – Newmarket Racers Swimming – and Mick Heenan (1990) – University First Grade Rugby – who have been announced by popular vote as the joint winners of the Best Coach Award in that sporting Mecca of the World – Brisbane’s Westside. West Brisbane, Queensland, Australia – we see little difference Old Boys when it comes to coaching ability.

Sensational work boys. We have no doubt that culture of excellence, so ingrained at Ashgrove, has been passed on to the next generation.