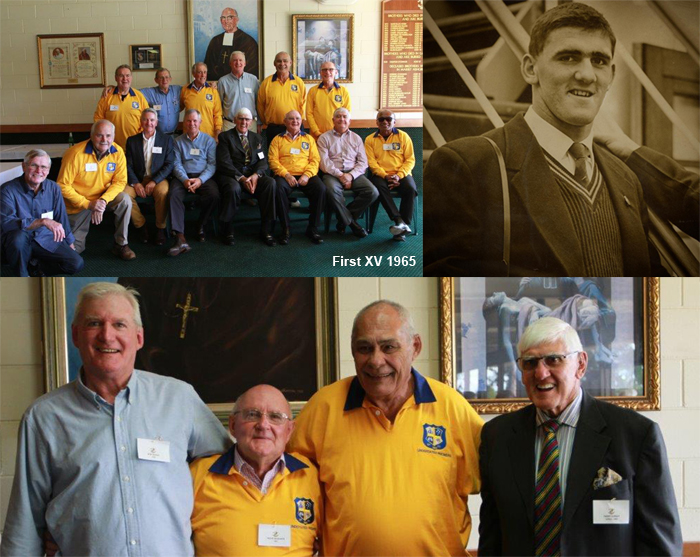 A Joeys Old Boy and GPS Schools premiership winning captain (1955), Terry Curley debuted as a Wallaby against the All Blacks at age 18. He then toured the British Isles and played in all tests. A great career lay ahead of him.

He gave it all up after 11 tests, at only age 20, to become a Marist Brother. After completing his training, his first posting was to Ashgrove in 1965. He revolutionised the College while he was here in those 6 wonderful years. Terry’s sacrifice was to the benefit of a generation of young men who were fortunate enough to attend Ashgrove during that period.

He coached the greatest rugby and cricket teams Ashgrove ever produced. His methods were tough but visionary. Four rugby premierships in those six years from teams which themselves produced endless Wallabies and representative players.

Above all, his powerful character shaped the very essence of Ashgrove. Simplicity, Modesty, Humility. After a successful life of sacrifice and dedication, Terry eventually left the Marist Brothers because of health issues and qualified as a lawyer.

His students never forgot him. Terry returned on several occasions to the College he loved just to be part of the atmosphere.

Terry passed away aged 78 on 17th October 2016. A Memorial Service will be held next week in Sydney. Details in the Sydney Morning Herald. The OBA passes on its condolences to his beautiful wife, Libby, who accompanied him back to Ashgrove in those latter years. Vale to the great man.