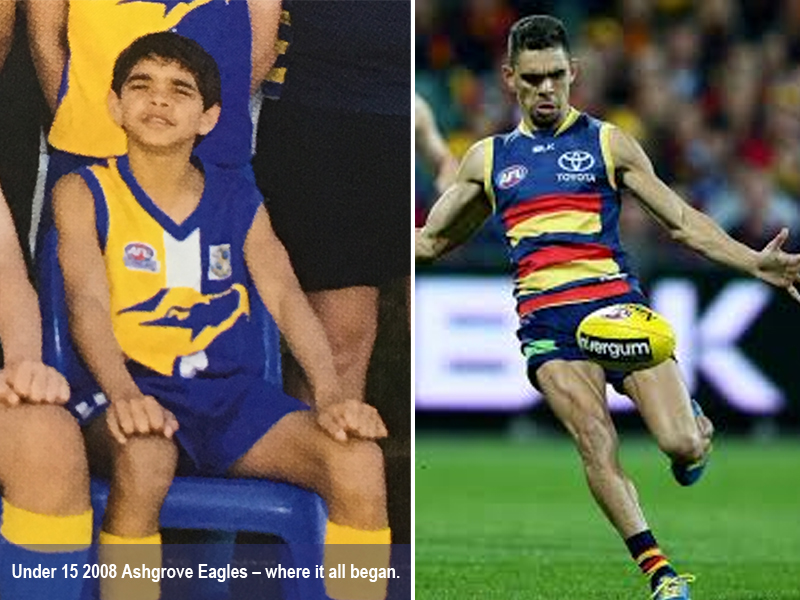 We just knew this historic day would come Old Boys. Ever since the early 2000’s when someone snuck up those eight mismatched toothpicks on the Flats in the dead of night.

It all started with the 2008 under 15 Marist Ashgrove Eagles Aussie Rules team. It featured a wispy but cheerful young boarder, a gifted athlete from Mornington Island named Charles W. Cameron. Ironically, he had been introduced by this famous rugby stronghold to what was the post season novelty of Aussie Rules. Over the following years, he became a permanent feature in the Ashgrove Eagles.

After graduating in 2011, Charlie moved to W.A to be closer to his family, developed his skills and was ultimately picked up in the AFL draft by the Adelaide Crows. An Ashgrove Eagle to an Adelaide Crow. The rest, as they say, is history. The AFL has been set alight, an indigenous hero was born and now glory awaits.

After watching his five goal demolition of Geelong last Saturday, every single Old Boy, but particularly that chirpy 2011 cohort, will ride alongside Charlie against Richmond this weekend in the biggest event on the Australian Sporting Calendar.

The influence of Charlie’s four years at Ashgrove is obvious. It is not just his magnificent skills but the love of his Family and the dignified and humble way he goes about his business. Pure Ashgrove ! A brilliant role model ! Best wishes to no 23 for the Marist Ashgrove Eagles.. sorry..that should be Crows .. Viriliter Age.