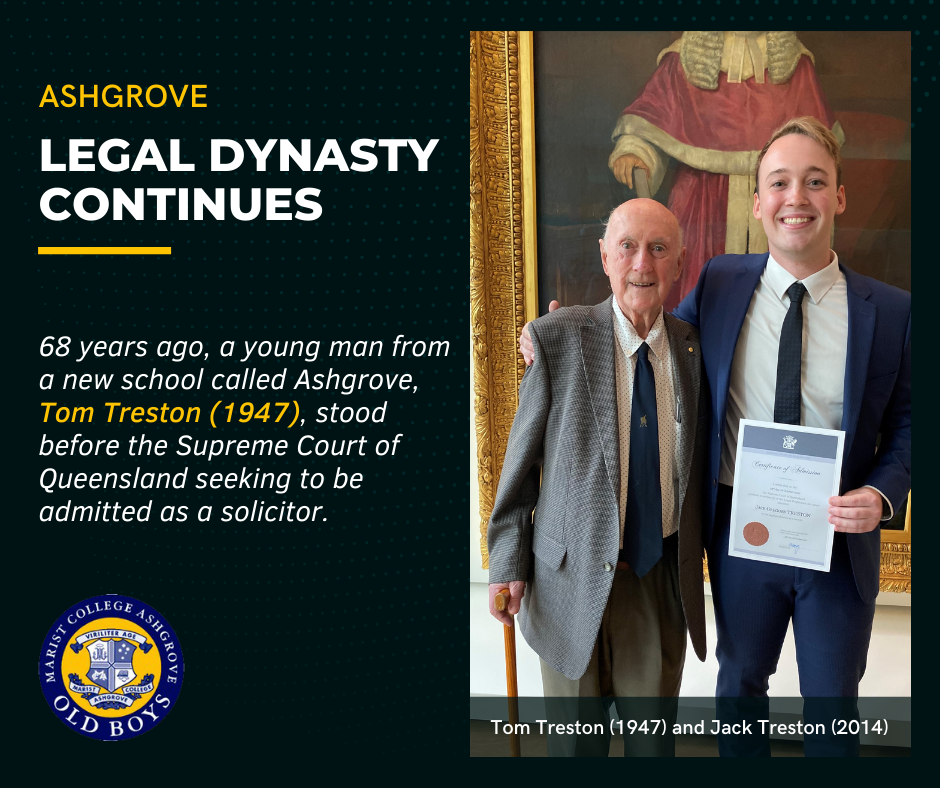 68 years ago, a young man from a new school called Ashgrove, Tom Treston (1947), stood before the Supreme Court of Queensland seeking to be admitted as a solicitor.

History shows Tom went on to be recognised as one of the most trusted legal identities in the State. Not only serving his clients faithfully but acting a mentor to hundreds of young solicitors over the generations who sought his guidance. The very essence of Ashgrove.

Today, the Old Boys’ Association congratulates Jack Treston (2014), son of Greg (1978), who has chosen to take that mighty step of following in grandad’s footsteps and who has also been admitted as a solicitor. Great things await.

Congratulations to both of our esteemed Treston Old Boys.