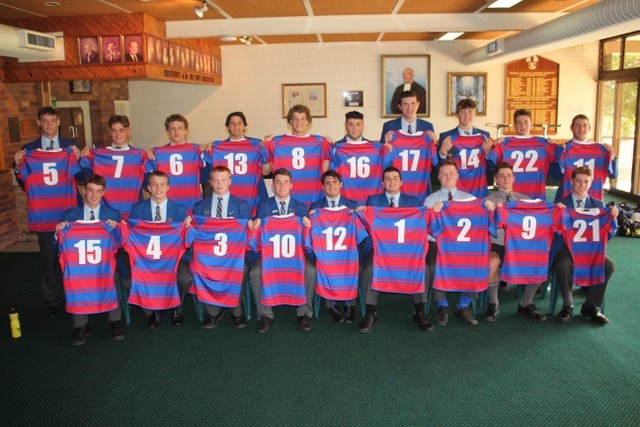 It is that one day of the year. Marist College Ashgrove pays its own special tribute to our older brother, Marist Rosalie, when the First XV swap the Blue and Gold for the famous Cerise and Blue. And, as always, the Ashgrove boys took to the field with the greatest of respect and pride.

Under the guidance of OB Brendan Kiernan (1984), the young Marist men just had that something little bit extra in the tank to grind out a hard fought win. Just for Rosa. And then paid tribute to the huge contingent of teary old Rosa warriors watching proudly from the balcony of the Cyprian. Ashgrove. Marist. Tradition. Respect. No other school – anywhere – has anything like it.