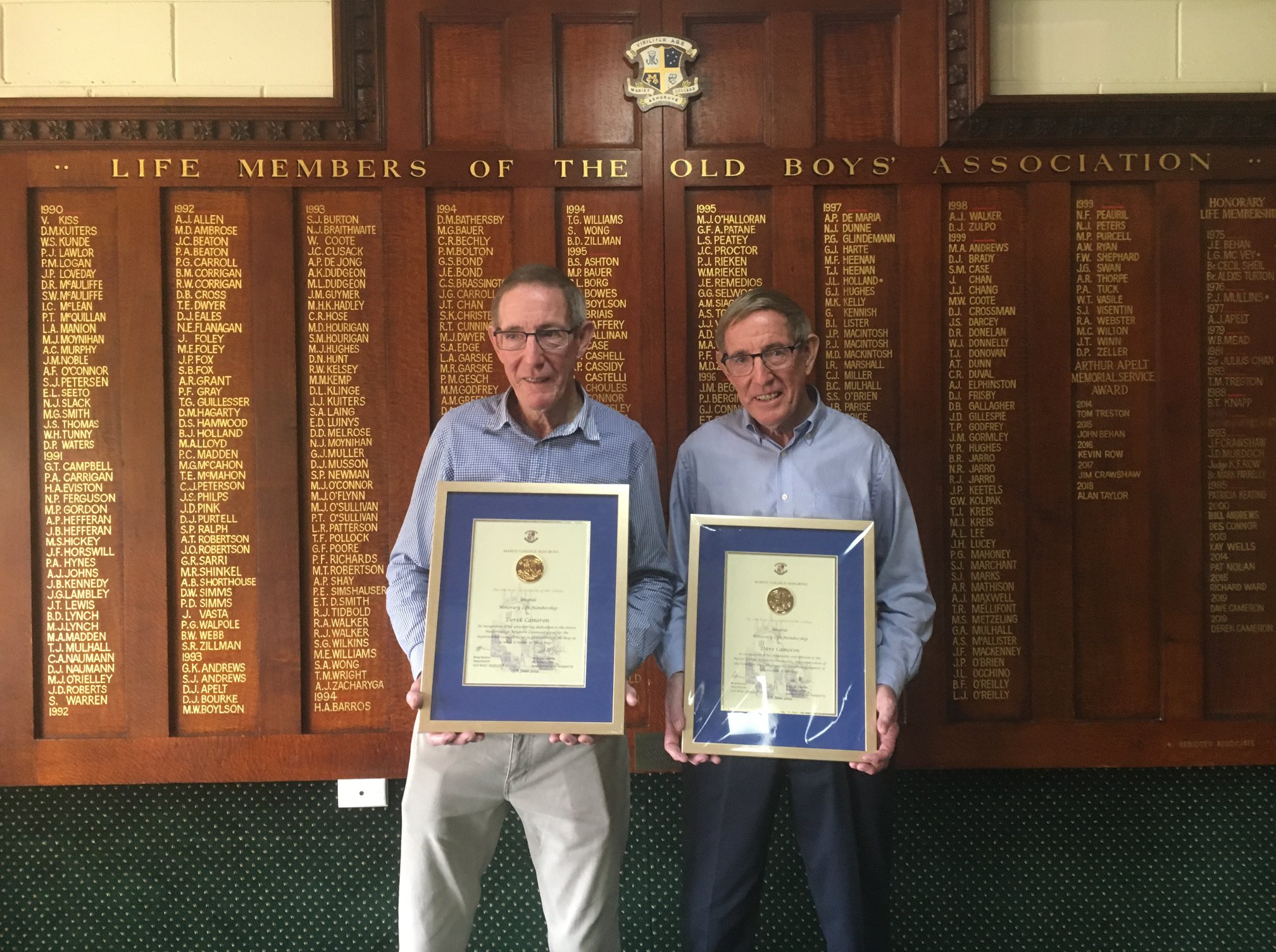 WITH TWO CAMERONS ON TOP.

And so it came to pass Old boys. World order restored.

On a sunny winter’s afternoon, the First XV secured an undefeated premiership with another scintillating display in a season where their try line was crossed only very few times.

And the First XI Football pulled an outright premiership out of the bag on the very last day with an emphatic win.

And all done in front of two great men who have contributed like no other to the very standards, ethos and respect under which all Ashgrove boys play their matches.

Thank you to Derek and Dave for making the College what it is. The standards you set, nay – demanded, play such a huge part of Old Boys culture. We are so thrilled to have you as Honorary Life Members of the Association.