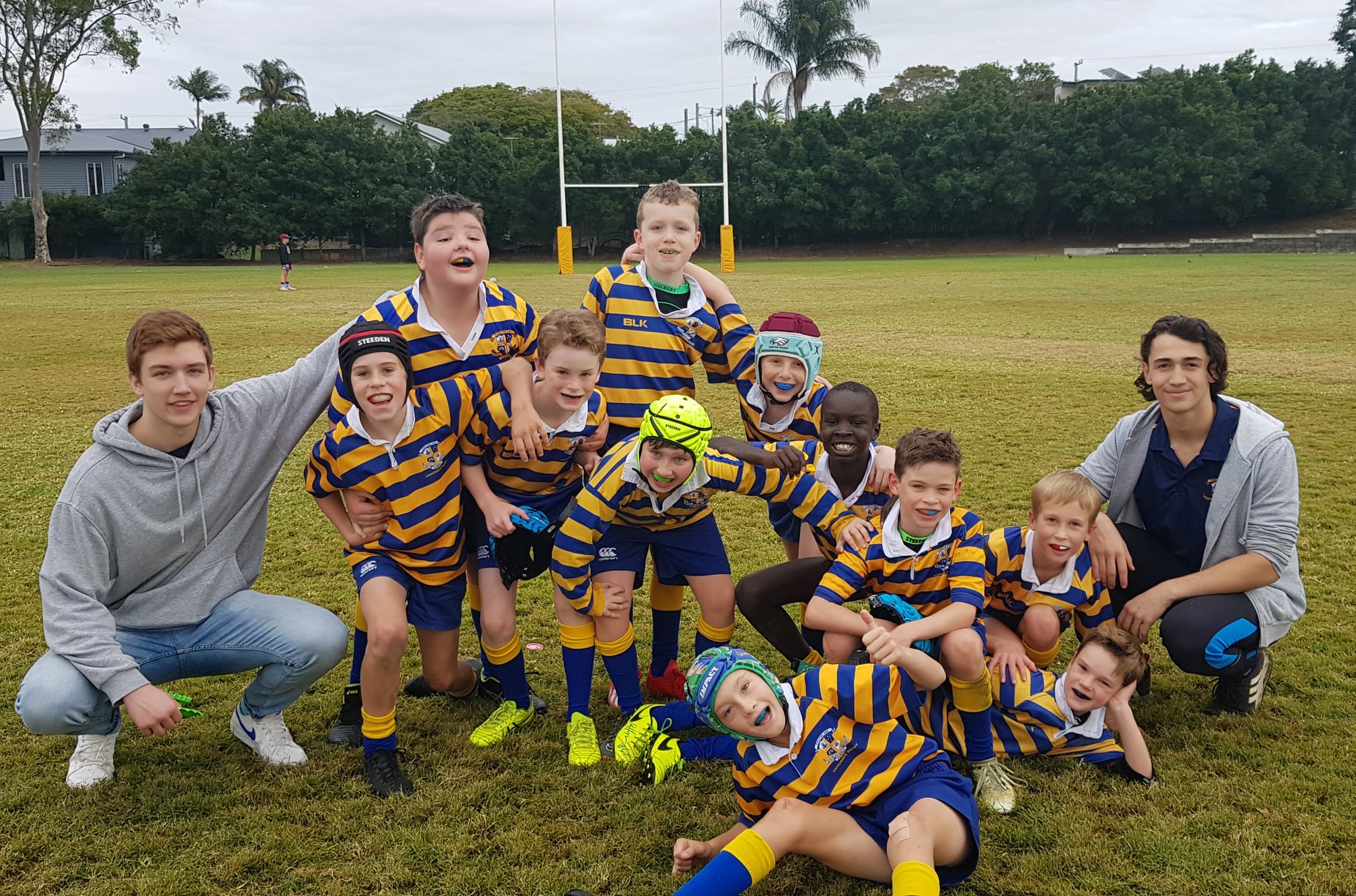 Once the hype of the rugby season is over, the Old Boys Association each year hands out the most prestigious of all awards, the Ashgrove ‘Spirit of Rugby’. It goes only to an individual or team whom the Old Boys Association consider best represents the very spirit of the way the game is played at Ashgrove. No-one can define it – but anyone who has pulled on the ‘Blue and Gold’ knows what it is.

Many thanks for the dozens of nominations (particularly Mr Byrne and Mr Meehan from the secondary school who nominated each other for the 20th year in a row) but this year the award goes to the sensational 5C Gold who cheerfully made their way through the season – improving as they went. They played for the love of the game and the never ending pursuit of excellence – and, as all Old Boys know, that is what it Ashgrove is all about.

Not surprisingly, that unmatched Ashgrove spirit is due in no small part to their coaches – Charlie Kittel (2018) and Jamie Fairbairn (2018) – two of our very youngest Old Boys.

Old Boys – our predictions are always fearless and bold – but never wrong. We see 2026. We also see the First XV. We see those newly appointed co – coaches, Kittel and Fairbairn, firing the team up and a pile of these guys in the photo running down the steps and out through the tunnel on to No 1 to give their all for the College – just as they did in 2019. Brilliant stuff 5C Gold. Treasure this greatest of all Ashgrove sporting awards. Viriliter Age !!