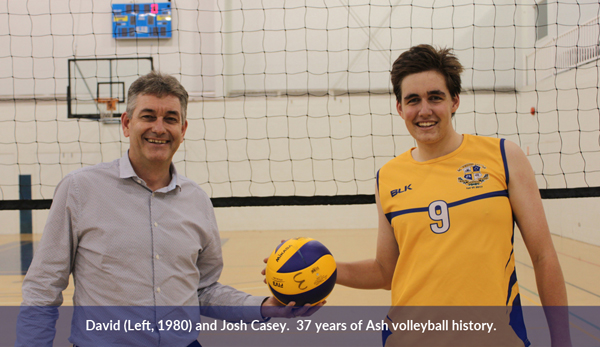 Mr Kearney tells the OBA the 2004 Volleyballers, brilliantly led by Keith Coombs and Joao Caldeira – Santos (he even sounds like an Olympic volleyballer), should also be considered up there with the greats because of their exceptional talent and, like the Wooldridge led 2009 immortals, they lost just the one set all season.

In contrast to the silky skills of 2004, the toughest of all Ash teams remains that famous inaugural premiership side of 1980. Allowed just 2 reserves, the 1980 First VI spilt blood every single week – outdoors – in oppressive heat – on the rock hard bitumen. Coach Skinner and captain Donaldson were tirelessly supported by Casey, McMahon, Ryan, McConnell, Buckley, Den Elzen and Schmider  – the hard men of Ashgrove in the toughest of eras. Massive, massive underdogs. Look up ‘Ash Spirit’ in the record books and you will see the 1980 team in their ill-fitting T shirts.

But come 2017, Coach Adam Knight tells us he has magically blended the spirit from 1980 with the faultless set ups of 2004. And why not ! In a very rare piece of Ashgrove sporting history, young Josh Casey will step out on Saturday (midday) in front of a monstrous crowd to chase the holy grail. Josh does so 37 long years after Dad, David’s, famous 1980 victory in front of 6 boarders who skipped lunch. Alongside Josh will be a Mead (3rd generation), a Heinke and a Shaw – Miles – all very proud sons of Old Boys. But just as it was 37 years ago, no matter how brilliant Villa are, the OBA knows the Ash Boys will only give of their very best !!  Stay posted Old boys. 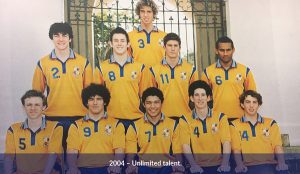 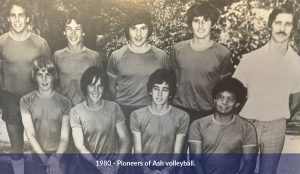