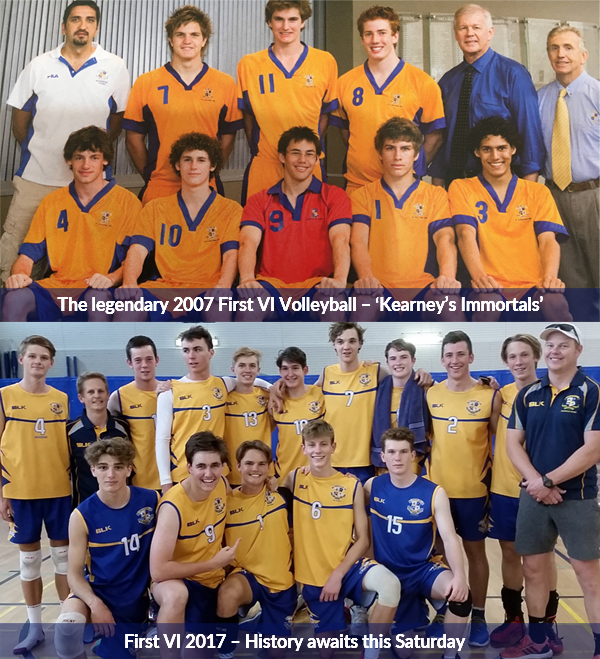 Mr Kearney still comes close to tears in the staff room when talking about the ‘2007 immortals’ he helped guide into Ashgrove sporting legend. Led by an inspirational Ben Wood and Christiaan Ramsay, and thought by many to be the greatest Ashgrove sporting side ever, ‘the team that Kearns built’ went the entire season without losing a set. 21- zip!! Breathtaking stuff. Two years later, the legends of 2009 (led by Nick Wooldridge and Jordan Matters) went within a whisker of a repeat by only losing the solitary set.

Enter 2017. Awesome team spirit combined with unlimited spiking power. Beautifully bred with sons of Old Boys sprinkled throughout – this weekend they take on a powerhouse Villa team, at home in the Gym at midday, for that rarest of gems – the undefeated First VI Volleyball premiership.

The Old Boys Association wishes our young lads all the very best as they seek to join our Volleyball greats. Old Ash Volleyballers are asked to share and post their support. Younger OB’s are asked to be in attendance on Saturday to cheer on the little brothers.